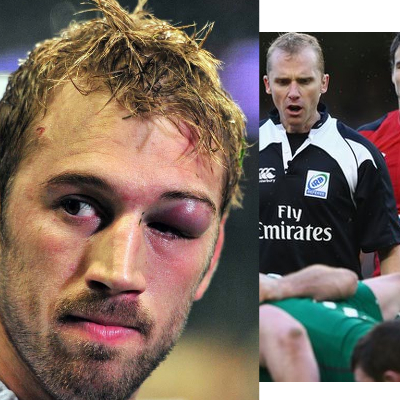 Having endured another weekend without the Six Nations to keep us occupied, what rugby news has been keeping the internet squabbling this week? Was the 4-0 victory by the Welsh regions over the Irish provinces a taste of things to come this week? Is Jarryd Hayne the most Australian name ever to grace the NFL? All this and more below

This is the tale of former Aussie rugby league star Jarryd Hayne’s decision to join the San Francisco 49ers. By all accounts he should make a fine punt/kick off return specialist, which by my reckoning, should see him gain an average of 3.27 seconds game time a week. Which in a deal that guarantees him $100 000 must work out to an eye watering hourly rate.

Chris Robshaw Makes it onto a list of ‘hot’ rugby players

Honest, he does, second on the list in fact. I wouldn’t for one moment suggest I’m in anyway a good judge for such a list, but found it surprising nonetheless.

England are a bit big headed

A popular article from BBC rugby’s Tom Fordyce, seemingly born out of Stuart Lancaster’s post Ireland game comment “There are very few Grand Slam teams,”. The fact of the matter being there have been 6 in the last 11 years. Rightly or wrongly, the six nations would not be the championship it is without England beginning each tournament as self-proclaimed favourites. It provides a vast amount of enjoyment for the other nations involved when this proves not to be the case.