We’ve made it to round 3 without any more huge Japan sized upsets, can Georgia stun the world later today by vanquishing the mighty All Blacks. Probably not. Will we all be bleating on about the gap narrowing between tier 1 and tier 2 nations? Almost certainly. Before you and your rugby nearest and dearest
Read More

I’m a bit too excited for the next round of games to dwell on anything, if you’ve not done round 1 yet it’s here. Good luck, enjoy the games and may the Japanese win.
Read More

With the excitement so very nearly upon us, I thought there would be no better way to celebrate than with a good old fashioned, rugby world cup quiz. Although the first round doesn’t seem to have too many tight calls I came across a stat that might make the opening game that little bit more
Read More 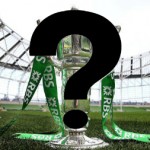 The end of another great tournament is upon us, but we still have a fantastic day of rugby ahead tomorrow. I vote the underdogs win by small margins apart from England going down to a heavy defeat in Twickenham, Ireland retain the trophy, the Scots get a win, Italy victorious without Parisse and the world
Read More

Thankfully, the Six Nations is back and back with a bang with a possible game of the tournament, probably tournament decider on Sunday. The quiz too, has some big news of its own, because thanks to the fine fellows at UK Rugby Shop the quiz now has just what it always wanted, a prize! Specifically
Read More

After a great first round I can’t imagine I am the only one salivating for round 2, looks like we should have a great weekend of rugby too! After complaints from certain sectors that the quiz was too hard, there are now a couple of easier questions thrown in. Also, after a bit of interest
Read More